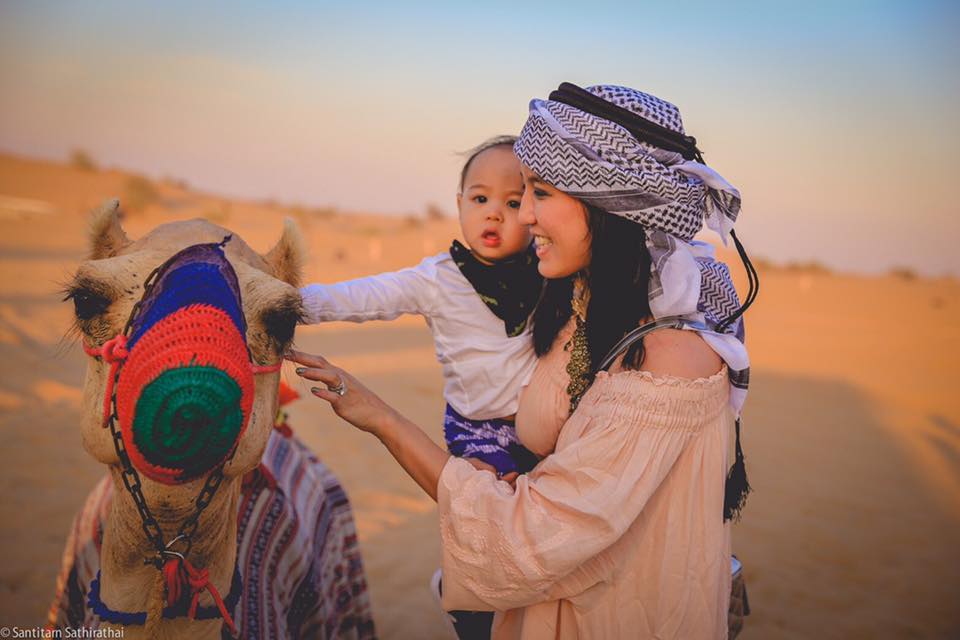 For the love of camels

The Arabs are known for their poetry and their will-power to strive in the face of adversity. They are also known for their love of camels and the copious amount of literature they have on the beast. In recent years, we have come to know UAE for its prosperity, for the skyscrapers, for the majesty of Burj Khalifa – the tallest building in the world. But UAE started from zero; there was a time when the country was nothing more than a sprawling desert. Survival in the harsh conditions of the desert was hard, but people toiled away with a dream of a different future.

During these hard times, one animal became an integral part of the Arab’s life – Camels. Camels are known as the ship of the desert; how this title came to be, is not much of a surprise. The man and the beast bonded over the simple need for survival. The Arabs believed that they had a pact with the camels, they provide the animal with food, and in turn, the camels would help them with transportation, food, and even clothes. Much has changed in the UAE since those times, technology has taken over the country, and modernization has made transportation easier, but the people’s love for camels remain intact. 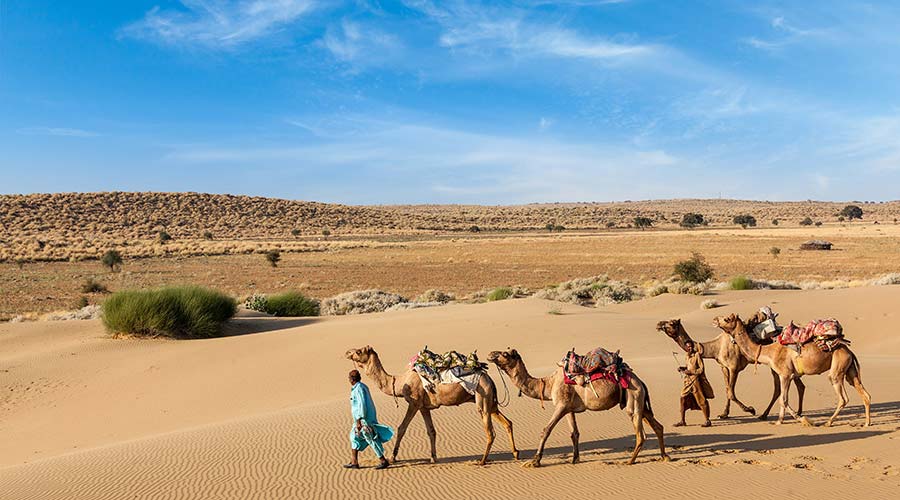 Camels are so deeply embedded in the culture of the Arabs that many people believe camel racing to be the ‘Heritage sport of UAE. Camel racing has existed as a part of the country’s culture since time immemorial; it wasn’t commercialized in the earlier days. The racing happened between the camels of individual emirates for leisure. As time passed and the UAE started getting richer, the sport took a back seat, as did the necessity for camels. Now the animals can be found only in the camel farms on the outskirts of the city. The rulers of Dubai took note of how modernization was meddling with their culture and decided to revive the cultural heritage of the country by commercializing camel racing. 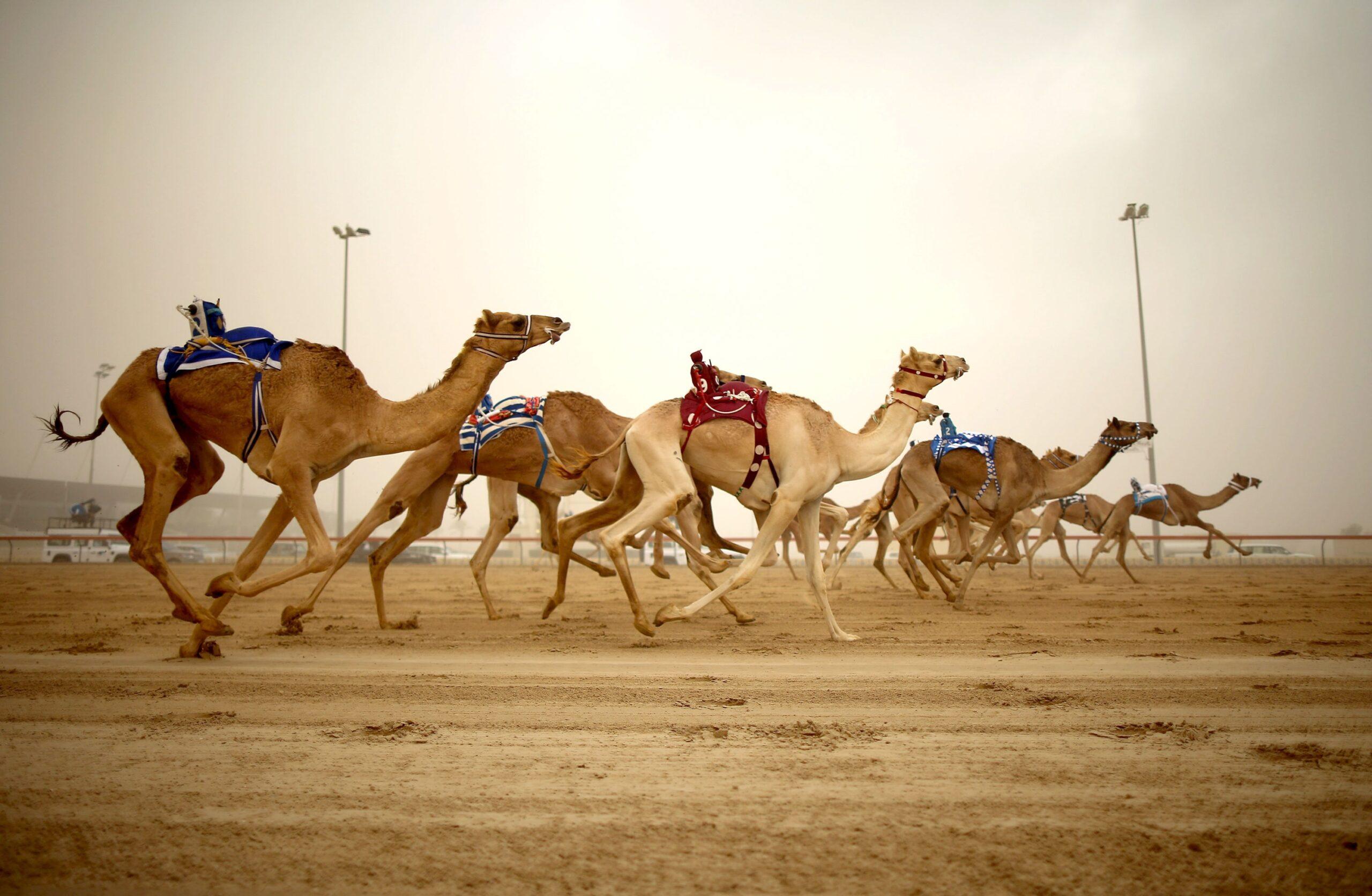 Camel Racing is considered one of the richest races in the world. Year after year, during the months of the racing season between October and April, hundreds of camels participate in the races. The owner of the winning camel often takes home a hefty sum. Racing is considered as a serious business in the UAE, and there are professional camel trainers who train a camel for the race.

Participants from neighboring countries like Sudan and Saudi Arabia take part in these sporting events. The camel races have also become an important tourist attraction for foreigners who visit the country all around the year. Unlike horse racing, camel racing is considered a casual event in the country. Thousands of people turn up to watch the races, and the tickets are free of cost. This causes a bit of chaos, but those who book their seats in advance and arrive early also have the opportunity to take pictures with the race camels.

On average, a camel starts racing from the age of 3, and the racing careers of these animals last somewhere between 2-3 years. Camel training is, in itself, a big deal. It is said that it takes around three to four months to train a camel for a professional race. During the time of training, the camels must have special diets, practice daily, and be treated like an athlete.

Only specific breeds of camels are used for the racing in the UAE. The native breed Mahaliyat, the Sudanese breed Sudaniyat, the breed from Oman, called Omaniyat, and the interbred Muhajanat. A rule states that camels should not start training for races unless they turn two-years-old; its muscles and bone structures are not fully developed at that age. The authorities do not per se have a record of the ages of these camels, but the age can be determined by looking at its teeth. Camels that are allowed to race are marked with special sprays, and those camels which do not have the mark are not allowed to race.

Use of technology in a conventional sport – Robot Jockeys

In the year 2001, the authorities in the UAE banned the use of child jockeys for the purpose of camel racing. There were various reasons for this decision. Reports were coming from all over the country and neighboring countries that child jockeys were being trafficked and were also being sexually abused. To stop the trading, bartering, and abuse of children, technology was replaced with the vulnerable human factor. Robots, therefore, became the plausible alternative to human jockeys. Human jockeys also posed the danger of getting hurt physically.

Robot jockeys weighed much less than human jockeys and could also be installed with all kinds of new technology. The new-age jockeys used by the Arabs for camel racing has GPS to track movement, also technology that tracks the speed of the camel and its heart rate. Any changes in the health of a particular camel can be immediately tracked.

The UAE also has camel hospitals and research labs that conduct experiments to increase the strength and endurance of the camel. The lab helps in honing genetically advanced camels that are inherently stronger and faster. Various experiments like selective breeding and controlled-environment cloning are done in these labs. All these experiments are conducted under the strict guidelines of the Camel Racing Federation to ensure that the animals aren’t harmed. The guidelines also ensure that there is no foul play of any kind that gives a strategic advantage to a particular camel in a race.

Camel Safari in the Desert

The tourists who visit the country are inherently intrigued about camel rides. There are lots of private tour companies and hotels in the country that organize hour-long camel rides in the desert; some packages also include sunsets and dinners. Such safaris are available on daily basis and are carried out mostly in the mornings. The organizers take the people to see falcon shows in the desert. Falcons also have great historical importance in the country; this lures people to witness the magic of these birds even more. 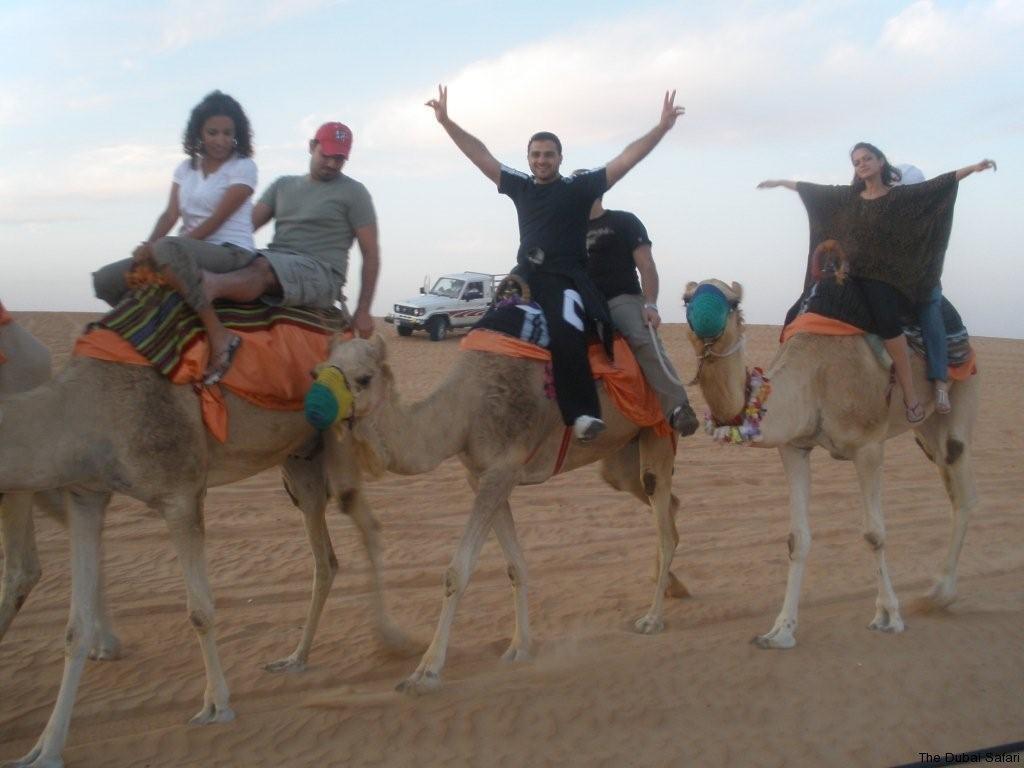