The beautiful Dubai Desert Conservation Reserve is spread in 225 km, find its opening timing, entry fees, ticket booking, contact number and attractions. Amongst the towering buildings and modern architectural marvels, Dubai has also taken a step ahead to preserve its natural beauty – the beauty of the sprawling desert! The Dubai Desert Conservation Reserve (DDCR) was built with the idea in mind to protect the threatened species of plants and animals and hold on to the heritage of the emirate. With years of dedication this place is now a home to a wide variety of flora and fauna. 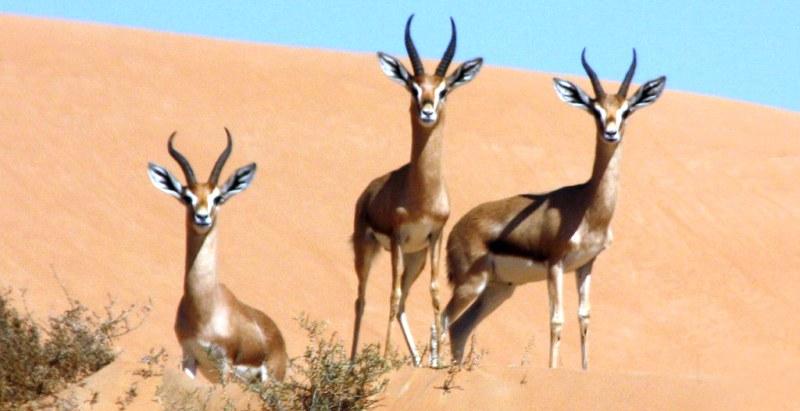 The Dubai Desert Conservation Reserve is a widespread area of 225 square kilometers lying north-east of the emirate and is almost about 5% of the total landmass area of Dubai, Arabian Peninsula area. The conservation work began 1999 onwards. The Al Maha Desert Resort was built with only 27 square kilometres of protected area. Around 6000 trees and other fauna were planted and about 70 Oryx were released into the reserve. 2002 onwards, several researchers and environmentalists were appointed to scrutinise the surrounding desert area and to pen down disappearing species and the scope of a major reserve. The plans were sanctioned and funded by Dubai Government as well as the Airline industry to further support the project, keeping Dubai eco-tourism in mind. The DDCR was established in 2003 by Emiri decree. In 2004, wild life was introduced for the first time and DDCR became the first wildlife conservatory of the United Arab Emirates.

The spot can be reached by road through Dubai within an hour’s drive. Dubai is well connected to all parts of the world by Dubai International Airport and has great on road transport facilities. The reserve operates all seven days of the week from 7 am to 5 pm for desert safari.

Since desert temperatures can soar high, it is best advisable to visit the place between October -March. The climate is cool and comfortable. Rest of the year, temperatures rise very high and thus make day time travel cumbersome and uncomfortable.

Flora & Fauna Sighting: This places houses innumerable rare variety of flora and fauna of all sizes. There is an impressive variety of arthropods and reptiles as well. It is amazing to see the white Arabian Oryx pass by in groups or the desert lizards run across the sand leaving a pattern of tiny footprints behind. Amongst the several species, most notable are the Giant Beetle, The Lappet-Faced Vulture, Bats and Hedgehogs. The tiny finger-sized shrew is also a unique addition to the fauna treasure.

Herbs, shrubs and desert trees line up the desert at frequent intervals. Many flowering cactus plants as well as ground vegetative creepers are found in abundance. Tamarisk, Mimosa, Buckthorn are few trees which are found plentiful.

Desert Safari: A ride on the ship of the desert-camel, is truly the most amazing adventure. The smooth golden sand and the free flowing wind with expansiveness of the area, will leave one relaxed and peaceful. The same can be done on a four wheeler as well. A guided trek is equally rewarding.

Sports: Sand boarding, archery, horse riding, falconry and sand dunning in a car are the most popular sport activities offered in the middle of the desert reserve. All the activities are conducted and supervised by experts and are extremely enriching.

Camping and dinner: Camping can be done at night fall and is accompanied by Bedouin food and cultural extravaganza like belly dancing, mehendi tattoos etc. Traditional food and barbeque are offered by the camp side along with the entertainment.

Apart from the above activities, one who wants to seep in the goodness of the desert for a longer time and in a more luxurious way can avail a room in the Al Maha Resort and Spa, which is a five star encampment offering all modern facilities.